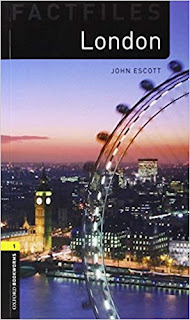 I read this book the other day. London is a great city and very famous in the UK. This book has a lot of information on London, but I'll especially mention about shopping and eating.
Refer to this book, many of the most famous and a little expensive shops are in Regent Street, Bond Street and in Knightsbridge. Some people in the UK say that the most famous shop in the world is Harrods in Knightbridge. Harrods is a classical and royal department store in the UK. Royal family often  go this shop. Oxford Street has many big shops for example, Selfridges, Marks and Spencer,and Debenhams. If you want smaller shops, you can go to Covent Garden. Charing Cross Road is famous for its book shops. Petticoat Lane market is in Middlesex Street and it has a lot of cheap clothes and things for the home. Families will gather this shop and buy something good in weekends. This shop seems to open on Sundays. Old Spitalfields Market in Commercial Street has some of the latest clothes in town and they are very cheap. I want to go these shops and look for nice clothes there.
When it comes to food, London has everything we want. Fish and chips is famous food in the UK and London. We can buy fish and chips along the street. Moreover, London has food around the world, for instance, from Italy, Mexico, Spain, India, China and Russia. In the afternoon, we can enjoy afternoon tea and listen to music and eat delicious food.
If you are interested in London and you go there, you should read this book. You can get a lot of information and learn about London. 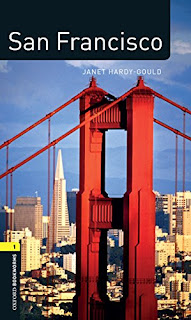 I've read this book in this week. This book has a lot of information of San Francisco, such as history, land, travel and sightseeing and so on. This book has 10 chapters. I'll refer to some chapters which I think are interesting.

1. The city of hills
This chapter is introduction of this book. San Francisco is located in the west coast of the United States, States of California.

2. Early days
This chapter is about history of San Francisco. People began to live here thousands of years ago. People were Native Americans. The reason why people lived here was feature of land. San Francisco is in bay side area, so people got a lot of seafood and wild animals. I think  that San Francisco has many elements which people should live. These vital elements are water, food, sea and mountains I think. There is a most important incident in San Francisco. It is a 'Gold rush'! The founder of gold for the first time was a worker called James Marshall. He found it in the river. Many people came here and looked for gold, and it's about 40,000 people. They came from Asia, Europe and around the world! It flourished in 1849. There is a American football team named 'San Francisco 49ers'. It was made from gold rush. San Francisco developed on account of this historical incident.
3. From 1906 to  the Summer of Love

4. The fog and the fault

San Francisco had experienced a lot of disaster, such as fog, too much rain and earthquake. In 1989, there was a big earthquake, the Loma Prieta earthqake. San Francisco includes San Andreas Fault. That's why it's easy to occur earthquake, like Japan and Indonesia. In this book, we can see 'More than three thousand people lost their homes and about sixty people died.'(p.17)

9. Shopping and eating
People live in San Francisco like reading books. There is a most famous bookshop named City Lights in the North Beach neighborhood. There are a lot of exciting shopping spot there. After shopping, we can go restaurants where offer us so delicious food and gather many kinds of food all over the world.

If you are interested in this book or, San Francisco, please read it and go there!


Then I saw the Mountain Hotel. I walked into the hotel and looked over to the bar. There was a fire;it was warm and comfortable. It looked nice,I thought. (p.16)


This book is about suspense. At the first of the story, there is a body. The body is a young girl who wants to be a journalist. She is dead in the pool where is a Mountain Hotel. The hotel and ski resort appear on this book. Why was she killed? If you are interested in the reason, please read it!

A Picture to Remember 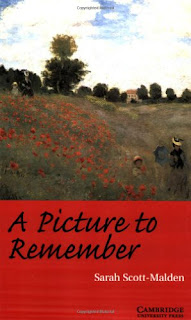 She couldn't believe her eyes. One of the men had a gun. Then she looked out of the window at Cristiana.(p.7)


The main character named Cristiana works in the Museo National de Bellas Artes in Buenos Aires. She is asked the head of Paris Museum to hold an exhibition of Impressionist paintings. That's why she has to commute the museum where is far from her house and she commute by motorbike. She doesn't wear helmet in spite of the traffic is hard. She hit a car which ignore the traffic light and she hit her head strongly. She forget the memory that is the moment of her accident.
If you are interested in the next story, why don't you read it! 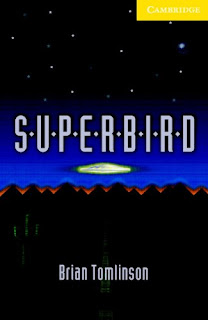 "then another person, a person with four legs ran towards me. This one was brown and small;and it had long hair. It shouted very loudly in a strange voice. It wasn't friendly."(p.13)

In this story, there are a few aliens who come from another space. Their spaceship is out of order and it fall into the desert. People on the Earth find them and the spaceship. One of the people on the Earth is killed by an alien. People around there are scared to see it. However, they are not such aliens who kill people. They have an accident which their spaceship is broken by being out of engines.

People on the Earth can get along with them? If you interested in the last of this book,please read it! 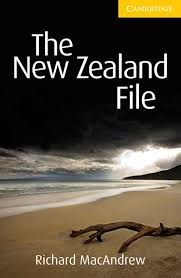 "Those men must know what I look like, he thought. Looking through the clothes on the floor, he found what he wanted- some dark green running trousers, an old Powderfinger -T-shirt and some trainers that were about his size." (p.21)

The main character is a man who is a British spy working for British Intelligence. One day, his phone was calling from his boss. He was told he must go to New Zealand to check the safe of a man,whose name is Longstaffe. However, on the way to New Zealand, he was chased by a car. What was their purpose? If you interested in the whole story, please read it!

The Man from Nowhere 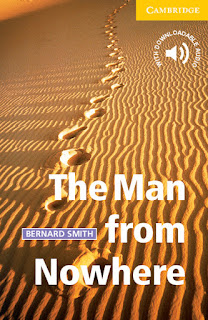 There is a family with airplane in the air. They want to go Euro-Disney in Paris with the husband's friend. However, the airplane broke and fell down into the sand dunes. He tries finding out oasis there, but on the way to there, he is almost dead. The wife and his child wait in the broken airplane with losing their tempers. Could they survive in such situation? If you're interested in this book, please read it! I think this book is easy to read compared with other stories.

I read this book the other day. London is a great city and very famous in the UK. This book has a lot of information on London, but I...